You are a frontend developer, in love with your beautiful site that you created yourself and deployed to Netlify. Now you want to add a contact me section to it, but don’t want to deal with backend development and deployment and maintenance for it. Third-party form services could be your answer, but they are too costly for your little site which is not going to have thousands or even hundreds of form responses. Hacking a Google Sheet script is also not a solution now since we are not living in 2010s anymore. So what do you do?

You do Forms. Netlify Forms! 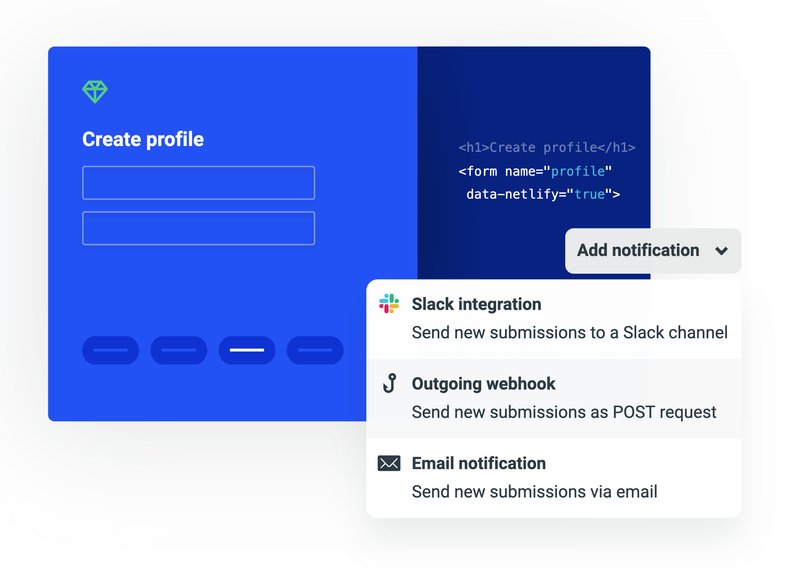 I’ll skip the intro and directly show you two common implementations: one to a barebones HTML site, and other to a site which is built using some framework (such as Angular).

1. Implementing in a normal HTML page

2. Implementing with a framework (example: Angular)

I'll use Angular here, since that is what I used recently with Netlify Forms. But the steps remain the same for others (like React).

Screenshots of what you just achieved 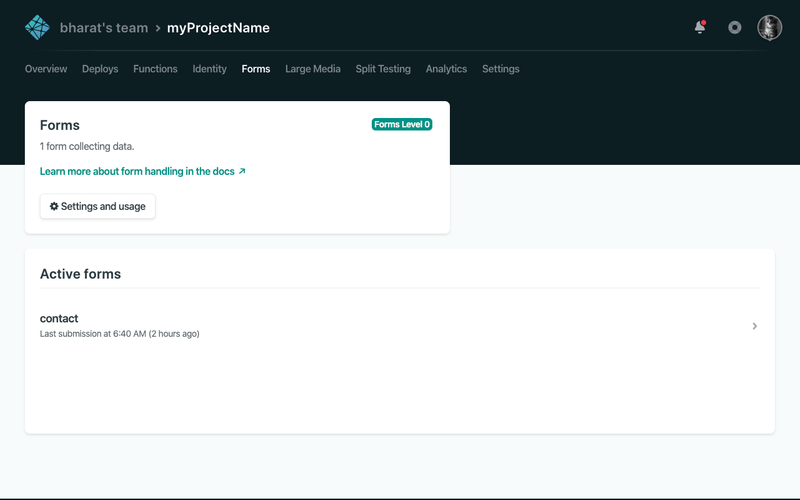 How your submissions will appear inside a form: 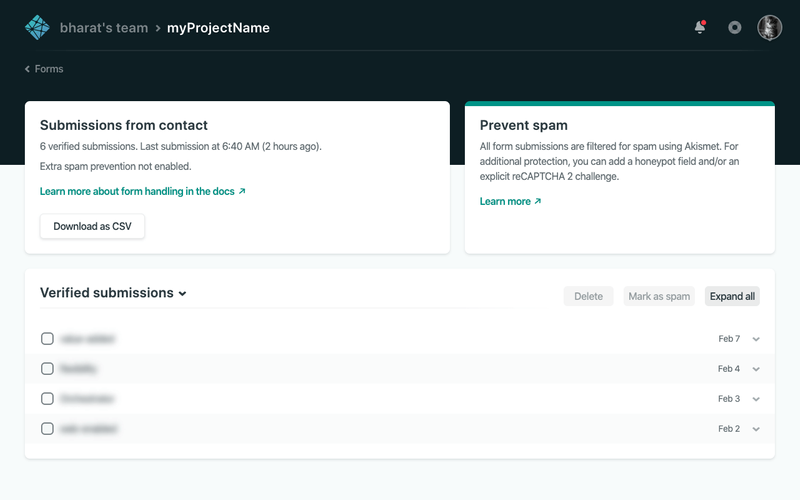 You can expand each submission to view the details captured (like name, email and phone shown here): 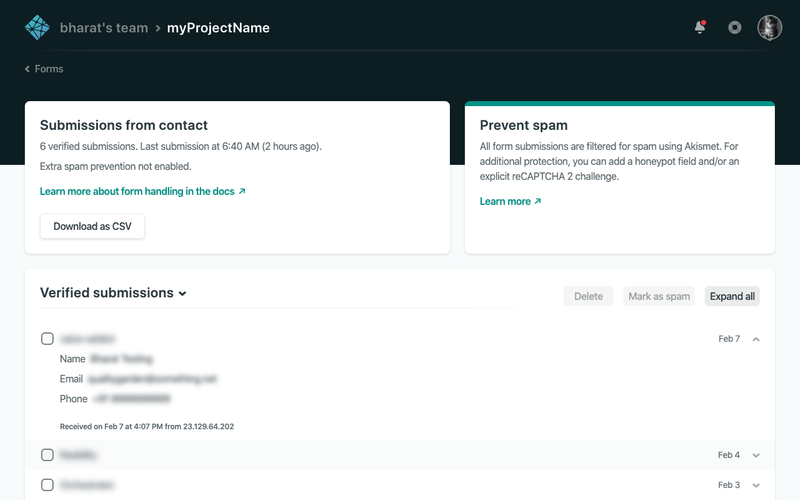 A lot more is possible with Netlify Forms, but we'll leave it for another day. Feel free to email me at bharatramnani94@gmail.com if you want to learn more about topics related to this, or any other topic for that matter.

If you want to learn more, refer to the original documentation for Netlify Forms at Netlify Docs.